Take care of your cat’s cognitive function with our Brain Health category range! Just as it is for us humans, the brain is so important for a number of functions in your cat’s body. It helps cats to control their emotions, is essential for their remarkable reflexes and helps them to find food. However, the brain can start to deteriorate and become unreliable as we get older and it’s the same for our feline friends. This is why it’s important to do what we can to look after the brain. Luckily for you, we have some fantastic all-natural supplements that offer a convenient way to look after your cat’s brain. Find the perfect supplement for your cat with Animigo’s Brain Health product range now!
Read More

All Products In This Category 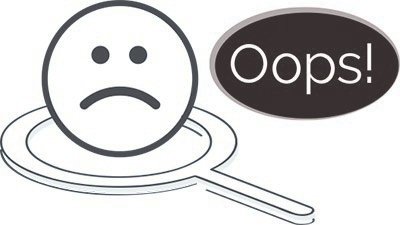 No Result
The filters you have chosen didn’t match any of our products. Please reset the filter and modify your search.

The brain, despite being vast in its complexity and showing clear signs of differentiation between the multitude of species’ on the planet, seems to show a common theme across them all. That theme is the brain’s deterioration over time and reaction to the effects of age and longevity. These effects are ones that we commonly associate out of relatability to human senior citizens, however the same can be said for our pets, and in particular the cat brain.

The cat brain size is a fraction of that of a human’s but is remarkably similar in how it operates and reacts to stimuli as well as the environmental factors that influence the brain's’ development over the course of a lifetime. In particular, common cat brain damage that occurs with age shows a shockingly similar pattern to that of the human brain.

The cat brain, like in all mammals, fulfils an incredible plethora of functions for your cat's body. From the essential ones such as controlling its circulatory and digestive systems and seeking out and finding food, or the more complex function such as controlling emotion, programming its incredible reflexes, and managing its relationship with humans and other cats. It is therefore important that the cat brain is properly looked after and nourished, to ensure that your cat can enjoy a healthy and happy life.

FCD or Feline Cognitive disorder is very common in ageing cats. In the modern age, with the development of technology and healthcare treatment and medicine, it is not uncommon for a human to live past 90 years of age, or even 100! The same can be said of this modern phenomenon for cats, as they have been known to live past a whopping 15 years of age, which is the equivalent of 85 in human years. This incredibly long lifespan in cats is great, but it comes with hidden consequences, and FCD is the most significant. It is known to act in a remarkably similar fashion as Alzheimer's disease in humans and can cast a shadow of doubt over what should be the warm winter of your cat’s life.

How Can I Spot Cat Brain Damage?

Like mentioned before, FCD, in particular, follows a similar path to Alzheimer's in humans. If you can see that your cat is less affectionate than they have been before, has more trouble navigating the house, has a lower appetite or that they are crying more frequently and during nighttime hours, you may have a license to feel concerned. The most heartbreaking fact about cat brain deterioration is that the symptoms exasperate one another. The cat brain, much the same as the human brain, follows a ‘use it or lose it’ mantra, where a lack of interaction with other cats and humans can breed a deterioration of the brain. Unfortunately, lack of interaction is one of the symptoms of FCD, and as a result, will lead to yet further deterioration.

How Can I Treat Cat Brain Damage

Sadly, like in the case of human Alzheimer's, the symptoms are largely irreversible. There are certain medical steps that can be taken to slow the deterioration of your cat’s brain, that may even show some signs of recovery, but typically speaking, there is no guarantee that symptoms won’t just return later on. One also has to consider the fact that the treatment process could also be stressful for the cat, which their old age, is more vulnerable than before. Largely the fight to stop problems like FCD is one that is fought long before the symptoms are even experienced.

Like the ‘use it or lose it’ mantra suggests, there is a range of opportunities available for you and your feline friend available for the purpose of ensuring that their brain is in the best possible frame of mind to stave off the problems of old age. Firstly, just like the muscles in the body, the brain can benefit enormously from regular exercise. Keep your cat physically active for starters, as movement is one of the main functions of the brain, but also you want to try and keep it mentally active. Don’t just leave it’s food in one place, alternate the locations, or even hide it. This will make for a daily food finding activity that requires your cat to use its cognition to search out the prize, and use its natural feline parkour skills to reach it. The same can be said for toys and mini obstacle courses that you can fill the house with to challenge your cat’s mental ability and stimulate its brain.

You can also provide your furry friend with a companion by introducing another smaller cat into the equation. Cats are largely solitary creatures, but in old age, the addition of another cat would give them a friend to play with and explore with for the joint benefit of their cognitions. Also a younger, more energetic associate could breathe a new lease on life into your cat and wind back its cognitive clock to help prevent potential cat brain damage.

The right feline food is also paramount to ensuring your cat gets the right nutrition, and therefore the right health both mentally and physically too. A diet that is balanced and rich in antioxidants can provide that all-important nutritional foundation from which you can maximise your furry friend's nutrition to support brain function and the bodily functions associated.

The last step that might benefit your feline friend would be the right course of supplementation. A balanced diet that is diverse in its macronutrients is a great place to start, but can only achieve so much when it comes to laying down the protective barrier to separate your cat from the threat of ageing. The cat brain, much the same as a human brain, is comprised of a multitude of individual regions that are designed to suit individual purposes, and just like the exclusiveness of the purposes, there are also individual supplements that can cater to the needs of each specifically designed individual region. A tailored supplementary approach alongside a balanced diet, interaction and exercise, provides the cherry on top of the cognitive cake when it comes to trying to help maximise the mental maintenance that occurs within your cat's brain.

It is also important to make mention of the fact that the best supplements are typically those that are naturally sourced. Your cat’s brain is an incredibly precious thing, so as a pet owner, it is pertinent to keeping your cat healthy, that you avoid the wrong supplements. The wrong supplements can be picked out easily when you check the ingredients because they will be characterised by a higher concentration of additives, preservatives, and other ingredients not typically associated with health. Naturally sourced supplements, aside from being more potent in the active ingredients that you want, will also be free of such unwanted chemicals, and will, therefore, be more suitable for safeguarding the health of your cat’s brain.

*The effect and result may vary between individual pets. The content on our website should not be regarded as medical advice and we suggest to consult a vet if you are unsure about using any of our products. Please read our full disclaimer here