Ever had your hair stood up on end for no discernable reason? Like, your body is trying to warn you of something you're not aware of? The superstitious among you might think there's an unseen presence near you. And those of you who’re suspicious might feel like you're being watched. It happens to the best of us. However, have you noticed this happening to the hair on your dog's back hair? This fur is referred to as dog hackles, and here, we'll yell you why your dogs' hackles stand up on end, and what can you do when it does?

What are dog hackles?

A dog's hackles are the hairs that line their backbone. They usually start at the base of their head and run right down to their tail. Dogs have unique muscles in their skin that can erect this line of hair. It's usually reactionary, meaning they have no control over it. All dogs have these muscles, but dog's with long hair will have more pronounced hackles as there's simply more hair to stick up.

The muscles responsible are connected to their nervous system and are commonly understood to be a defence mechanism against threats. As the dog's hair sticks up, they can appear much larger than they actually are. It's part of their fight or flight response, in the same way your heart speeds up when your brain determines a threat.

Why do dog hackles stand up?

As your dog's hackles raise due to reflex, there are many reasons your dog's hair can stand up. Here, we'll let you know about the most common causes.

A dog's hackles can raise if they're feeling aggressive. However, it will likely be joined by other tells of dog aggression, such as growling and showing teeth, or when their ears are back down their head.

This can be for any number of reasons. It could be due to a sensed intruder, like a burglar or something a little more benign like a postman. Lots of dogs get aggressive when they see other dogs, so you might see their hair raise up when in range of another canine. Or, it could be because they're none too happy with you.

Anxiety can also cause your dog's hackles to rise. This can be harder to determine because anxious dogs will sometimes not show any other obvious symptoms.

It might be the first time they're meeting a new person or a new pet around the house. If they didn't socialise as a pup, they might not have developed the skills to approach new people or animals. Alternatively, their anxiety could be situational; a thunderstorm or loud noises like fireworks outside.

Your dog's hackles could even rise if they're overexcited or overstimulated.
For instance, if they're meeting a new dog or person for the first time, they might be too eager to play and have fun. This can also happen when walking your dog past another person's pet. So don't assume your furry friend is aggressive when meeting new dogs in the street. They might be full of beans, and this is especially likely if a new dog appears at the end of a road or across the street. Surprise can incite hair raising.

Finally, they might get raised hackles when they go into predator mode. If your dog's head is lowered in line with their back and their tail is up, that's predator mode.
They might have seen a cat and had flashbacks to the great dog and cat wars of the past millennia. Or they've seen a squirrel. It's hard to say. Always try and contextualise their response with their surroundings and goings-on.

What to do if your dog's hackles rise

This wholly depends on the situation and their surroundings. If you can determine why your dog's hackles have risen, it will be easier for you to remove them from the situation to calm them down. If it's through excitement, then you have nothing to worry about. If it's anxiety or aggression that are responsible, use a calm voice and light petting to ease them. And, if it's a likely predatorial response, urge them to leave and they'll soon go back to normal.

Now you know everything about dog hackles and how to help! We wish you and your furry friend the very best. 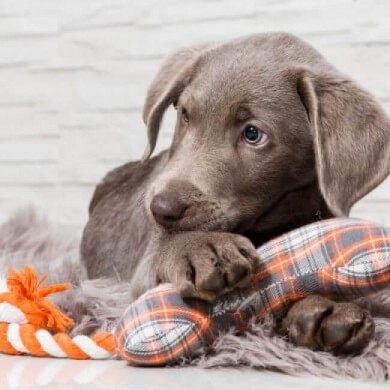 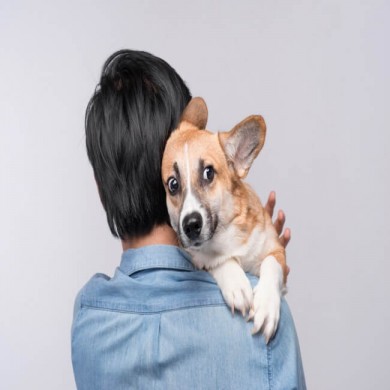 Wellbeing
How To Comfort A Dog 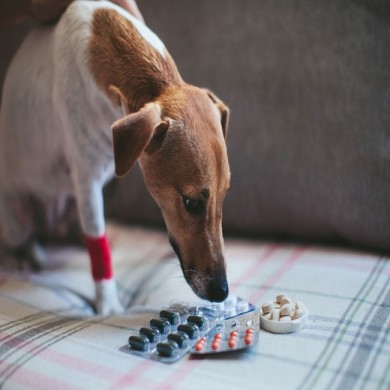 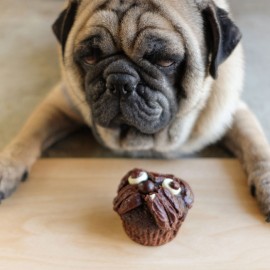 Wellbeing
What Dogs Can and Can't Eat 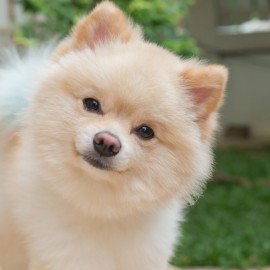 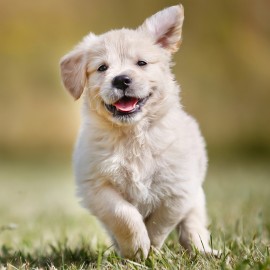 Wellbeing
Why Are Multivitamins Good For Your Dog? 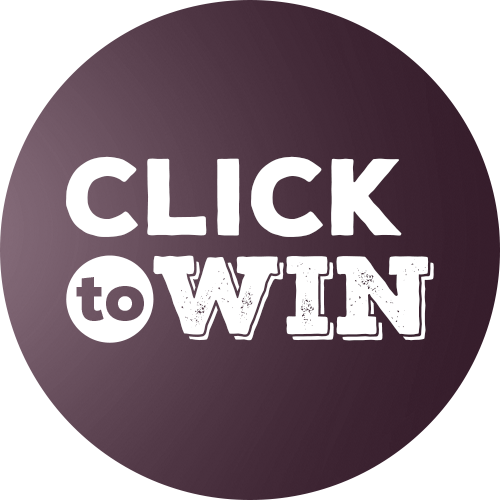